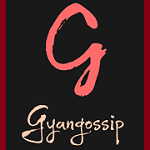 1. Factor and Multiples :
Factoring is like taking a number apart. It means to express a number as the product of its factors. Factors are either composite numbers or prime numbers (except that 0 and 1 are neither prime nor composite). The number 12 is a multiple of 3, because it can be divided evenly by 3. 3 x 4 = 12.

There are two methods of finding the H.C.F of a given set of numbers :
1. Factorization Method : Express each one of the given numbers as the product of prime factors. The product of least powers of common prime factors gives H.C.F.
2. Division Method : Suppose we have to find the H.C.F. of two given numbers. Divide the larger number by the smaller one. Now, divide the divisor by the remainder Repeat the process of dividing the preceding number by the remainder last obtained till zero is obtained as remainder. The divisor is the required H.C.F.

3. Last Common Multiple (L.C.M) :
The least number which is exactly divisible by each one of the given numbers is called their L.C.M.

7. H.C.F. and L.C.M of Decimal Fractions :
In given numbers, make the same number of decimal places by annexing zeros in some numbers, if necessary. Considering these numbers without decimal point, find H.C.F or L.C.M as the case may be. Now. In the result, mark off as many decimal places as are there in each of the given numbers.